Spontaneous, slightly broken symmetries suggests the beginning of life, and its evolution. It also means that absolute determinism is slightly broken, a basic condition for evolution

“Symmetry today” was published in France in 1989: A survey by 12 French scientists ¹ who had arrived at the conclusion that: It is in tiny breaks in symmetry that life seems to be engulfed! Meanwhile, other researchers concluded that the homochirality ² generated by a break in symmetry ³ was probably the origin of life and the evolution thereof.

The break involves a division of one field into two separate fields. Contrary to what one might think, this tiny break is not a system fault, but rather the engine of evolution!  It has been observed many times at the CERN particle collider, in Geneva. Louis Pasteur had already observed this phenomenon in the tartaric acid of yellow wine from his village in Arbois, in Jura, around 1870. He called this rupture of symmetry “chirality”.

The spontaneous rupture of symmetry was an important discovery; it was honoured in 2008 by the awarding of the Nobel Prize in physics to three US-Japanese researchers: MM. Nambu, Kobayashi, and Maskwa for their work on the origin and the mechanism behind the spontaneous breaks.

This small difference between symmetry and the rupture of symmetry may seem trivial unless we take into account chaos theory. The air around the globe is so unstable that the beating wings of a butterfly, somewhere in Asia, could (theoretically) cause a storm where we live! The image is a caricature, but it illustrates how small changes can have big effects!

During a sleepless night I dreamed that St. Augustine has perhaps perceived the rupture of symmetry long before scientists. His referential system, that of the fifth century, equated symmetry with its symbols of purity, perfection, eternity etc. Breaking such symmetry, in his views, resulted in evil or the “original sin“, the beginning of death. Conversely,  many scientists today see in the tiny breaking of symmetry the beginning of life.  i.e. what is good.  ³ If this is correct it should suggest us to revise our referential system.

The symmetries equate to the laws of conservation. But physics has also ceased to believe that “everything is preserved”, hence the numerous “breaks in symmetry”. Here a few examples of such spontaneous breaks:

There are countless other examples as well. Globalization and the collapse of financial markets in 2008 are probably due to breaks in symmetry.

The rupture of symmetry over time traces the evolution of matter and of the universe itself. In fact, it is also an observation of our everyday life. With it we enter a new era or a new paradigm. Instead of an abstract, non living, determined, and non-evoluving world we are entering  the real world of life and evolution. It is a world without finality  indeterminate, where determinism is still very present, but without being absolute nor perfect.

Determinism is incompatible with free will and moral responsibility: it is based on perfect symmetries. In its historical form, determinism is an intransigent belief that the quantum revolution  has finally defeated.
Werner Heisenberg and his “uncertainty principle” (or principle of indeterminacy) hammered the first nail in the coffin of absolute determinism, while  Albert Einstein still maintained a very deterministic view of the universe. His interpretation of quantum mechanics was finally challenged when the physicist John Bell wrote the famous inequations called “Bell inequalities”. Arguably, J. Bell rang the death knell of perfect determinism and Alain Aspect was its gravedigger when, in 1982, he demonstrated experimentally the validity of Bell’s inequalities.
Now we know that the world evolves in an indeterminate way, without apparent finality although many local systems follow an apparent determinism.

The transition from the abstract paradigm of symmetry to the very real one of the symmetry breaking was done very gradually. Artists, musicians, painters were the first to break with the past. Gone are the galleries of the frozen portraits from the Prado or elsewhere; Rembrandt introduced a dynamic, a life in “the Night Watch”. The impressionists have charmed us with new forms and colours. The painters of the Secession in Vienna emancipated themselves. At the same time there were still “classics”, like F. Hodler who remained faithful to symmetry. 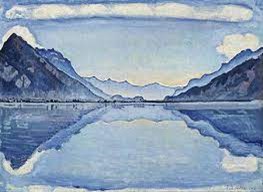 In his masterpiece “Guernica”, P. Picasso used the asymmetry of shredded bodies to express evil, terror, violence, and suffering.

Physicists then made a leap forward with the quantum revolution. The verifications  required sophisticated engineering and plenty of time, but now it has become their new reference for the last forty years. The laggards are the human sciences, especially economics and ethics, which are slow to change. Neoliberal economy and its “theory of market efficiency revealed its weakness and lack of realism after the market collapse of in 2008.

With this knowledge accumulated until the end of the 20th Century, we can now consider the construction of new and more universal ethics, built on more objective bases.

2. The amino acids necessary for life have a leftward orientation, whereas the sugars of DNA are oriented to the right. This is referred to as the homochirality of life. These two terms are inseparable: scientists agree that homochirality is a fundamental signature of life and a necessary condition for its development. Without this “homochirality of life” (or biomolecular asymmetry), life could not exist.(Back)

3. In ancient Hebrew, “good” was referred to as an “edible mushroom” and “bad” as a “poisonous mushroom”. The notion of “good” is intimately linked with the concept of life, at least in the Judeo-Christian tradition. (Back)