A value built on Scale symmetry

The law of gravity is said to be invariant or symmetrical, i.e. the same law applies here on earth, on the moon, on a star, or on any other cosmic object, regardless of how different weight is on each object. In fact, weight is proportional to mass.

Below is an image of the fractals which inspired me to include the principle of proportionality as an ethical value. 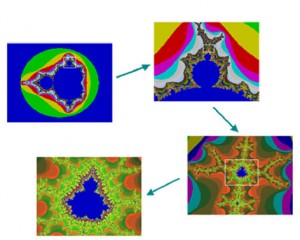 You can observe it in this picture of B. Mandelbrot’s fractals or in the matryoshkas (Russian nested dolls) which fit into each other, because they are similar but not identical. This principle suggests a new value: “PROPORTIONALITY”.

Proportion is an essential ingredient in the formation of taste, aesthetics, risk management and modern justice. It defines a sense of harmony.

In risk management, proportionality defines the risks we can take based on our ability to bear them. But when the lure of gain is exacerbated by the neoliberal injunction to “maximize profits”, some individuals lose their sense of proportion and sink into madness, the madness of grandeur. The bankruptcies of certain hedge funds have generated considerable losses and the victims are numerous. Justice, locked in its dogmas, does not always sanction this irresponsibility. It only punishes individuals when they intend to harm others. In general, they think only of their own enrichment and this quest is not forbidden, except in cases of fraud and falsification of documents. (See chapter on responsibility)

More generally, proportionnality reminds us that our reality consists of sets and subsets, as with fractals, with their own organization and referential system, and might therefore include a new value: modularity. In the political arena, the concept of subsidiarity might also be included. And since only that which can be measured can be managed properly, this symmetry also suggests new values: order, classification, etc.