Jean-Jacques Lucien Pernet is born in 1942 in Lausanne (Switzerland) 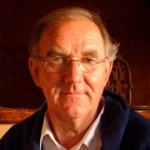 After completing a bank-apprenticeship and his high school diploma he hesitated between theology and international grain trade! His choice eventually fell on business: cereals, oilseeds, pulses etc.

He worked in the Netherlands at the Rotterdam grain exchange and obtained his qualifications in grain trading in 1967. He then went to London (UK) to perfect his knowledge in the international trade and from there he moved to Buenos Aires. The political instability in Argentina gave him reason to move back to Europe in 1971.

During forty years he has roamed the markets moving grains from one continent to the other. He has been building and managing small processing plants in Argentina, Turkey and China. In 1992 he discovered the new rules established by the World Trade Organization. He enjoyed a new degree of freedom until signs of instability and crisis raised major questions.

Slowly but surely he realized that he had been a prime witness of the harmful effects of this new economic system. The growing social inequalities, the environmental problems and many other imbalances could not be sustained for very long. Once enjoying retirement he became conscious that, without knowing it, he had probably been under influence of a pernicious ideology. He had to understand this story and had to react. This is how this essay, “From the symmetry to the harmony”, is born.

Many thanks to my friends physicists, biologists, economists, whose sharp remarks have helped me conceive this little essay.

This is merely the 19th version and the work is far from being completed!